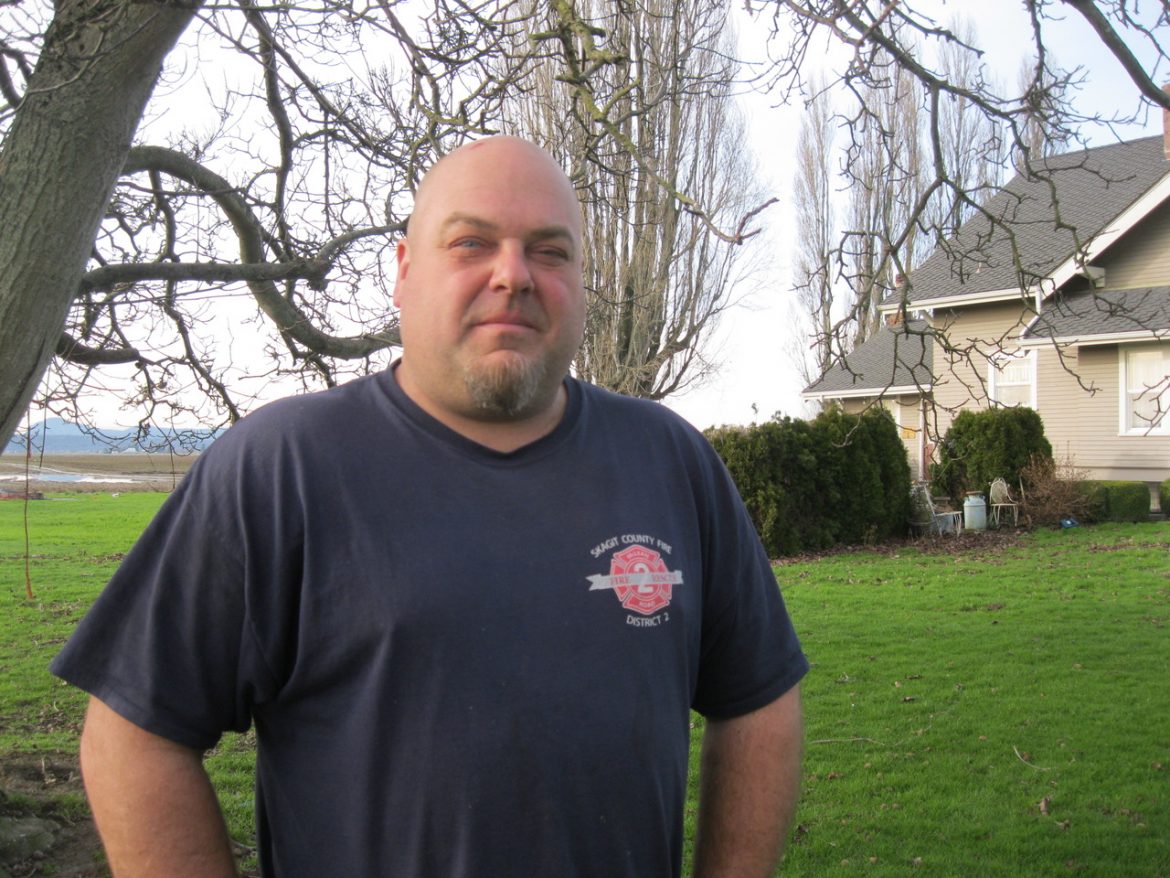 Jason Vander Kooy’s maternal grandparents and father were among the many Dutch immigrants who settled in the Skagit Valley, primarily because its flatness, healthy soil, and usually mild climate resemble the Netherlands. Many of them were farmers, as was Jason’s father, who owned a dairy farm in Holland that dated back in the family hundreds of years. But that came to an end when the Dutch government condemned his farm in order to build a highway through it. He decided to leave his homeland and, sponsored by a dairy farmer here, immigrated in 1968.

Building a highway through a farm is not all that different from what Fully Contained Communities (FCCs) would be: A death knell for farming.

“We should keep our rural areas rural,” says Jason. “South of Starbird Hill it’s all development,” he says, and he doesn’t want Skagit County ever to look like that.

Jason was born in Sedro-Woolley, the eldest of twelve children, and raised on a dairy farm on Beaver Marsh Road, what he calls his “home farm.” As a child he played on sandbars of the Skagit River and fed calves on the farm. After high school, he studied diesel mechanics for a year at Skagit Valley College, but, as the eldest child, the many responsibilities of running the home farm called him back.

He met his wife Shelby on a blind date, and they were married in 1996. Thirteen years ago they bought another dairy farm not far from the home farm.   They now have six children, ranging in age from twelve to 22. Three are their biological children, and three were adopted from China. Their eldest, a daughter, is in college, and their 19-year-old son works full-time on the farm. “They’re all good kids,” says Jason.

He and one of his brothers run both farms, with about 700 cows on each. Dairy is their main source of income, but they also grow feed, like alfalfa and clover, and rotate other crops with neighboring farmers, including our county’s famous daffodils. Crop rotation is critical to maintain soil fertility, provide pest and disease protection, and even get better insurance rates, since a good harvest is more likely.

In addition to farming, Jason has worked as a volunteer firefighter for 27 years, and is paged at all hours. He also serves as one of three commissioners for Dike District #1, which oversees the construction, maintenance and repair of eight miles of dikes to prevent flooding. There are many issues to consider, such as protecting salmon and other natural resources while also protecting public safety. This requires working with diverse groups, including the Army Corps of Engineers and local tribes. During the recent flooding, Jason organized volunteers and “fought the flood fight,” he says. “Pressure drives me.”

There are several agricultural organizations in the county that have unique roles, including Skagitonians to Preserve Farmland (SPF), and the Skagit County Farm Bureau. “I’m a member of both of them,” says Jason, “but I’m most involved as a director of Skagit Valley Farmers, a splinter group of a state organization called Save Family Farming. We work side-by-side with SPF, but we’re more behind the scenes.”

Farming has changed in Skagit County since Jason was young.

“Back then it was mostly manual labor,” he says. “Whoever worked the hardest did best. Now equipment is more advanced. There are self-steering tractors with GPSes, and robotic milkers.”

“There used to be about 200 dairy farmers in the county,” he continues, “but now there are less than twenty. There are a lot fewer crop farmers, too. The main reason is that lots of kids don’t want to take over family farms. Some don’t want to work as hard, and being a farm kid just isn’t cool.

“Now more kids are attracted to farming again, because of the new technology. But lots of them get a degree in agriculture and become a farm manager or agricultural consultant,”

Jason’s major concern about the future of the county is that infrastructure is becoming insufficient as the population grows.

“Farmers have had to defend our infrastructure a lot lately, so we can handle whatever is thrown at us by Mother Nature,” he says. “There have been years that we got summer rains and our irrigation equipment never made it out of the barn. But the weather is trending toward drier summers and we have to water our crops more. I love to talk with older farmers, and they say it goes in cycles.”

Now FCCs further threaten the livelihoods of farmers, and what they hear is contradictory.

“We’re told there’s not enough water for us,” says Jason, “yet magically there’s supposedly enough for the thousands of homes that would be built in an FCC. We’d be competing with FCCs for water. The tax base would increase, but there would be costs that aren’t being talked about — like schools, firefighters, and law enforcement — and farmers would pay a big share of those costs. Plus FCCs would increase traffic. Already we can’t take our farm vehicles on the road during rush hours. If they’re stuck in traffic, it’s really expensive and shortens our workdays.”

Jason does not support FCCs at all.

“Growth and development should be in cities,” he says. “Sudden change is just not feasible. We have a rich agricultural heritage here, and FCCs would take that away. They’d take away what this county is.”