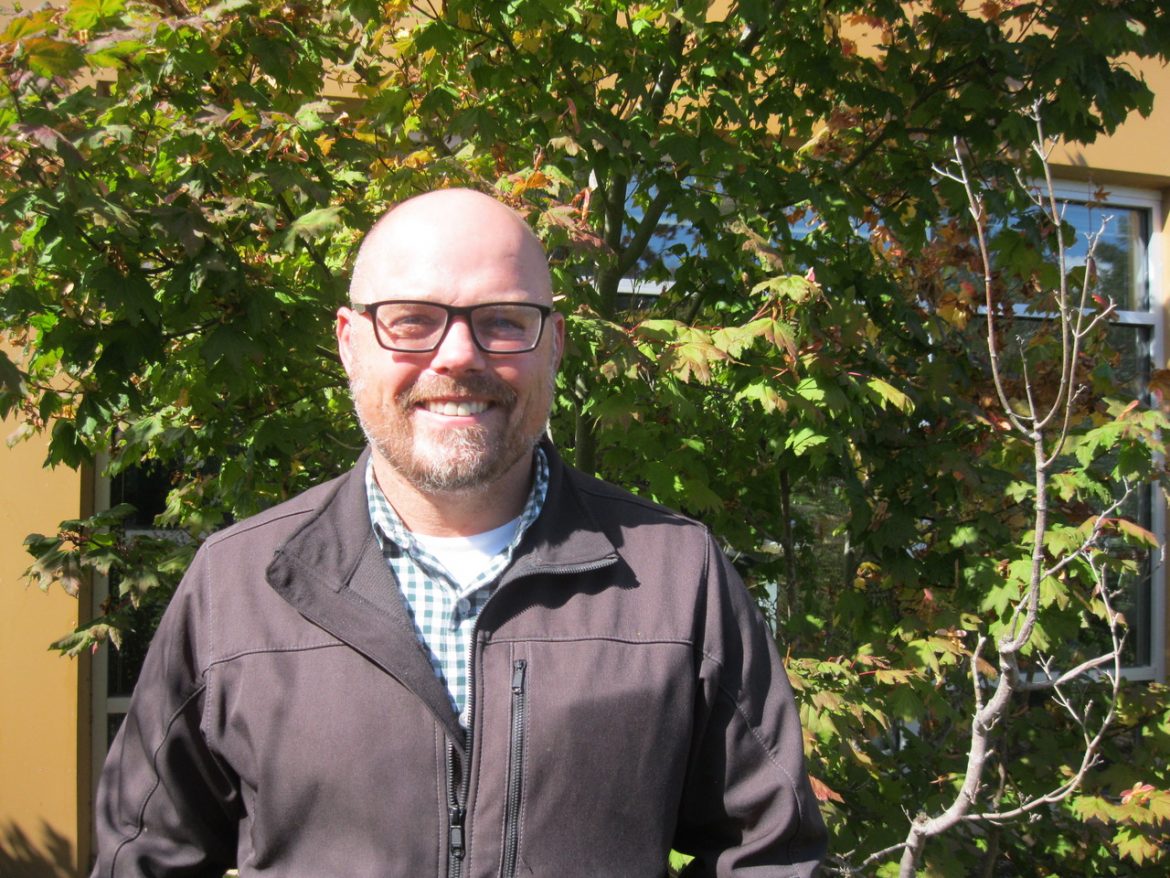 Don McMoran’s great-grandfather began farming along Beaver Marsh Road in 1909. The farm passed down through the generations to Don’s father, who raised green peas, seed crops, and potatoes. As a small child, Don played with a toy tractor, mimicking his father tilling soil.

Growing up, Don worked on the farm, and in high school he delivered cull potatoes to Snohomish County. (Cull potatoes are inedible for humans but can be used as cattle feed.) He was dismayed to see encroaching development as he drove south. “It was the 1990s,” says Don, “and I was seeing the beginning of the end of that county’s rural character.”

In 1999, when Don was a student at Oregon State University, his father fell on hard times, forcing him to sell the potato section of his farm. “That was the part I liked best,” says Don. “It was my calling. You plant one seed and get fourteen potatoes. That feeds a lot of people.”

Unfortunately, at that time fewer people were eating potatoes due to the significant effect of the Atkins diet, which claims that carbohydrate restriction is crucial to weight loss. “We could have lost everything,” says Don.

Even though he was an only child, the farm was downsized so much that his father suggested he find something else to do with his life. Don became serious about his studies, and went on to earn a master’s degree in agriculture and education at OSU.

In following years, he coached wrestling at Anacortes High School, taught Spanish at Stanwood Middle School, and got married. He and his now former wife have twin daughters, Allie and Abbie, who are twelve years old.

Eventually Don got a job with the Skagit Conservation District, helping people who live and work here learn to protect and enhance the natural resources around them. This prepared him for his present job at the Washington State University Skagit County Extension. He was hired in 2006 as an agricultural educator, and became its director in 2012.

The purpose of the Extension is to engage people — individuals, communities and organizations — to advance knowledge and economic well-being, and to improve their quality of life.

Farming is hard physical work, and farmers are at the mercy of the weather and many other complex factors beyond their control. On the homepage of the Extension’s website there are links to agricultural suicide prevention resources and to a crisis contact list. Additional information is on the Western Regional Agricultural Stress Assistance Program website.

When Don was in college, a farmhand on his father’s farm committed suicide. “It had a huge impact on my life,” says Don. Between 2017 and 2019 there were three agricultural suicides. “I knew the third man,” he says. “We had a lot in common, including having twins in the family. I had to do something.”

Don contacted the Washington State Department of Health, which had received funding from a suicide prevention task force established by the legislature. The Extension received a $100,000 grant to kick off a pilot outreach program. Don has made presentations to the Western Washington Seed Workshop, Potato Workshop, and Berry Workshop, as well as to the Skagit Agricultural Summit.

Since then the program has twice received federal funding to expand. “First we expanded to all of Washington and Oregon,” says Don, “then we went back to the trough and got $7.1 million to expand to thirteen states.” The entire program is run by the WSU Skagit County Extension.

Another stressor that local farmers are experiencing is the increased pressure of development. “Skagit County is in a similar situation as Snohomish County was in the nineties. Their issues are reaching us.”

Fully Contained Communities are the latest threat. “The term FCC is misleading,” says Don. “An FCC is not ‘fully contained.’ It’s a bubble with no essential needs designed into it, like schools and grocery stores.” Neither do FCCs provide maintenance, repair, and emergency services. An FCC relies on a nearby city or town for those services.

“When Avalon built their golf course south of Alger on Highway 99,” says Don, “they said they would never build any houses. But then they got dollar signs in their eyes” (and reversed their stance). “Don’t say one thing and do another. They didn’t act in good faith.” Avalon owns land zoned Rural Reserve which surrounds the Avalon Golf Links.

Home prices are skyrocketing in Skagit County, and developers claim an FCC would provide more housing to ease that problem. But Don says that is not a legitimate solution. “Don’t say there’s a problem without an answer,” he says. “The answer is to increase density in our existing cities to accommodate growth. Skagit County residents consistently say that’s what they want. We have to build up, not out.”

Don predicts that if an FCC were built, having new neighbors close by would create a multitude of problems for farmers. “It will drive them out of business,” he says. “I know several farmers who already are going to hang it up and get other jobs. I’m in mourning. It’s one more nail in the coffin.”

To prevent FCCs from taking over, he says, “We have to keep our elected officials’ feet to the fire.” In November the county’s Board of Commissioners will vote on whether or not to approve FCCs.

Don lives in the house his great-grandfather built. “Skagit County has always been my home,” he says. “I try to give back to it as much as I can because it’s given me so much.” Suburban sprawl would not be so generous.