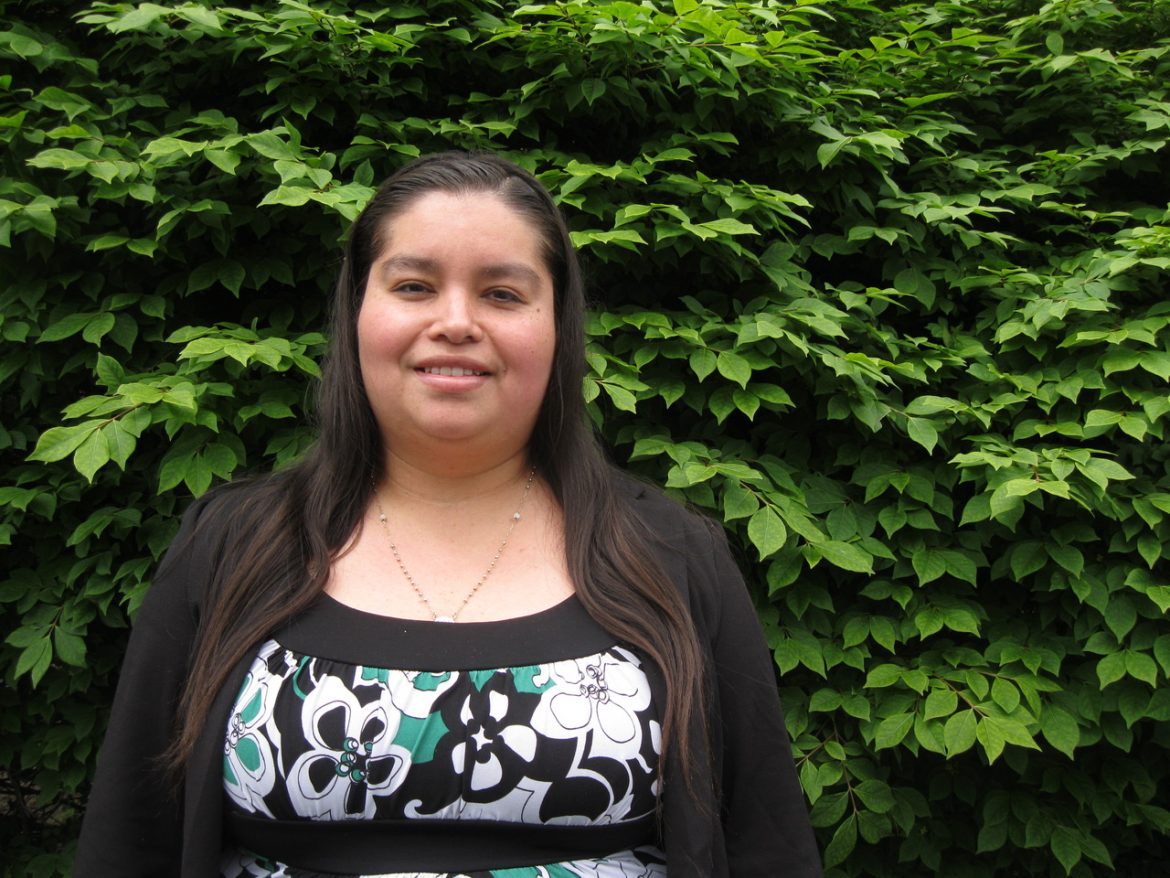 When she was six years old, Celia Ponce-Sanchez moved to Skagit County from Mexico with her family. She didn’t speak English when she started school in Mount Vernon, and there was no ESL. “Other Hispanic kids had gone to daycare, so they were bilingual,” she says, “but I struggled to understand my peers.”

A generation later, that has changed, and so has the county. “There were a lot more farms back then,” says Celia. “I remember going on school field trips to a pumpkin farm. It’s gone now. Home Depot is there instead.” To Celia, developments like Fully Contained Communities (FCCs) also threaten our rural lands.

Celia was born in the state of Nayarit on Mexico’s west coast. The first five years of her life, she traveled back and forth between Mexico and California with her growing family (she has three younger brothers). Her parents were migrant farm workers who pruned cherry and peach trees in early spring and later their fruit. When they weren’t in California, the family lived in Santa Isabel, a town just south of the U.S.-Mexico border on the Baja Peninsula.

In 1995, Celia’s father came to Skagit County to work for Washington Bulb Company during the tulip season. “He was attracted by the better pay,” she says, “two dollars more per hour than he earned in California. He fell in love with this area’s natural beauty and small-town feel, so we all joined him.”

At Mount Vernon High School, Celia met Juan Sanchez, and they married after graduation. Five years later Juan inherited a three-acre farm near Bow from his grandparents, also farmworkers, who came here in the 1950s. Celia and Juan raise a few animals — chickens, pigs, goats and cows — for their own subsistence, as well as vegetables. When they have extra they give it away.

“We get lots of offers from realtors for twice what our farm is worth,” says Celia, “but we won’t sell it. We want to preserve Juan’s family legacy, and our three children’s friends love coming over to play outside.”

Celia has wanted to help people since she was young. She learned to speak fluent English quickly, and served as an interpreter at doctor appointments, school conferences, and other situations where family and friends needed a translator. Her parents encouraged her to pursue a helping profession. “They didn’t want me to be a farmworker,” she says. “At first I didn’t know what career would be best for me, but eventually I decided to become a nurse and took nursing prerequisites at Skagit Valley College.”

When the 2008 recession hit she had to drop out and find a job. At the time Juan was unemployed. (He now works as a milker at Samish Bay Cheese.)

She soon found a position at Community Action of Skagit County, whose mission is to advocate for self-sufficiency on behalf of low-income and homeless people. After fourteen years working there, she was hired earlier this year as a union representative for United Food and Commercial Workers local #3000.

Celia seeks to empower not only others, but herself. “We need more leaders who look like me,” she says, “so I built up the courage to run myself. You can’t just complain if you’re not doing something to bring about change.” In 2018, she ran for one of the freeholder positions for a new county charter, because she believes the Board of County Commissioners should be comprised of more than three people. “Diversity needs to be represented,” she says, “and it’s best represented by a charter. Also, the county has outgrown itself. The issues are more complex than they used to be.” But voters did not approve the charter, so freeholder election results were moot.

Reflecting on the future of Skagit County, Celia says, “Our county has so much to offer, if we preserve it. Farmlands and rural lands are its essence. I’m concerned about their vitality and their ability to sustain the large footprint that an FCC would require.”

She adds that FCCs would create a silo, explaining that the term “silo” means that something is exclusively contained, but not in the sense that developers say FCCs would be contained. “It means, ‘This belongs to us, not you.’ It creates bias.” FCCs would not alleviate the affordable housing shortage in the county, she says. “FCCs wouldn’t help Hispanic people who are trying to exit poverty.”

Celia has a message for the Board of County Commissioners: “You’re here to represent all county residents. I hope you take time to listen to their concerns about FCCs.”