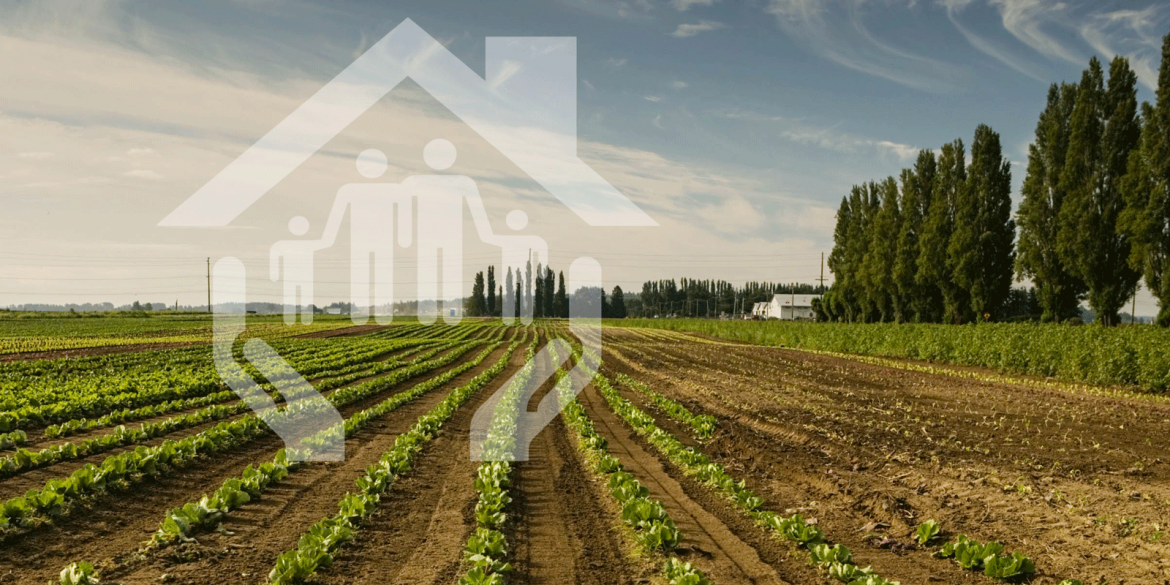 Skagit County is facing a crisis in affordable housing. Part One of this article looks at the problem and addresses three important questions:

Part Two will consider some solutions based on Skagit’s unique character.

What do we mean by “affordable housing”?

Clearly, everyone has to be able to “afford” a house or apartment in order to buy or rent housing. However, obtaining housing is not a problem for everyone. When your wealth or income is high enough, the amount you spend on housing is a matter of choice. It is unlikely that there is a house in Skagit County that Bill Gates can’t afford, for example.

On the other hand, for people without unlimited income, the decision to buy or rent is dependent upon how much income they have. Federal guidelines suggest that people who spend 30% or more of their income on housing are “housing burdened.” Again, this refers to only some people: a person earning $1 million per year would not be burdened by paying $300,000 a year on housing since they would still have $700,000 a year left over for other purposes.

Paying 30% or more of your income on housing is considered “burdensome” if the amount of income you have left is insufficient to pay the bills for ordinary living: food, health care, car, insurance, etc. So, when we speak of “affordable housing”, we are talking about housing that would allow all the other necessary expenses to be paid after 30% of income is spent on housing.

Now the question is: Is there sufficient “affordable housing” to meet the housing needs of people who live here?

The 2017 Skagit Council of Governments report “Skagit County, Housing Inventory and Transportation Analysis Report,” EcoNorthwest Final Report (called the “SCOG Report” for the rest of this article), gathered a good deal of information about housing and incomes in Skagit County:1  However, much of the data is not current.  This article attempts to provide some updates to the SCOG Report, although certainly not on the comprehensive scale or with the rigor that the foundational report provides.

During 2014-2016, over half of Skagit households were not able to afford detached, single-family homes.

By way of partial update of the income assumptions in the SCOG Report,  in 2019,  the median income per household was estimated to have increased from $49,824 to $62,865.  This is according to the U.S. Census.3 In 2020, the average (mean) cost of a home has increased from the SCOG Report of $262,000 to a Zillow-reported average cost of $394,161.  Taking these new numbers into account, let’s look at both the figures from the 2017 SCOG Report; and the updated estimates for median household income and average listed housing prices for 2019-2020:

While there is no magic rule applicable in all situations, the online mortgage calculators can give a general sense of what a particular income can afford in the way of housing. Beginning with the figures provided in the 2017 SCOG Report, the average household income in Skagit County was around $50,000. Keep in mind that 50% of Skagit County households earned less than that average. Using the Zillow online mortgage calculator, that would mean the average income household in 2014 could afford to buy a $210,110 home, about $52,000 dollars less than the actual median house price in 2016.

Using the 2019 estimated average household income of $63,000, the mortgage affordability calculator suggests that the most that household could afford to buy would be a home costing $267,500. (This is based on very general estimates of expenses, debt, and down-payment capacity.) Using the average listed home price in 2020 , what the average Skagit County household can afford to buy in 2020 ($267,500) is about $130,000 less than what the average listed home price actually is – $394,161 (Zillow’s calculation).

Buying that $394,000 median-priced house will generally require an annual income of $90,000, with a 20% down payment (assuming average living expenses and debt levels). Even assuming that the median family income has risen from almost $50,000 in 2014 to over $60,000 in 2020, considerably more than half the residents of Skagit County cannot afford to buy the average home.

As for renters, the average rent in Skagit County estimated in the SCOG Report was $995 per month (2014) and the vacancy rate was less than 1%. Today, Zillow reports an average listed rent at $1,650/month. Roughly 1 in 10 people of Skagit County live in poverty now (2019 estimate). And things have only gotten worse with the coronavirus epidemic. The unemployment rate in April 2020 soared to 19%.4

The situation for renters is even more bleak than for home buyers. In, 2014, the average rent was $995/month, unaffordable to approximately 42% of Skagit households. Today, Zillow estimates the average listed rent as $1,650/month.

The County Commissioners have voiced support for a proposal to allow large tracts of land in the rural zone to be rezoned for giant housing developments – 4,000 houses at build-out in each (“Build-out” since the proposal is to build in phases). Such giant developments are called Fully Contained Communities (FCCs). The proponents argue they will serve retired couples and create affordable housing because retired couples will sell their houses to lower-income buyers.

However, this argument overlooks three major factors at work here in Skagit County. The first is that new housing is much more expensive than simply “down-sizing” would lead you to believe. If you are living in a house that cost you $150,000 to buy twenty-five years ago, you would need to sell it for substantially more in order to be able to buy a new house. There would be little point in selling the old house for a newer house if it actually costs more to buy the new one. That is a big reason why even modest houses in Skagit County are selling for more than $300,000. Simply put, Baby Boomers “stay in their homes longer partly because the houses they would downsize to cost too much.”5

The second major factor is that the buyers of any new housing may well come from outside Skagit County. There is no way to ensure that the buyers of new retirement homes will be from this area. Anacortes is an example of a place which has attracted many retirees from out of the area. As a result, many new housing developments in that city have been built but the cost of housing overall has gotten higher, not lower. “Anacortes house prices are not only among the most expensive in Washington, Anacortes real estate is also one of the most expensive in all of America.”6

The third factor is that a significant number of Skagit County households cannot afford to buy housing at all. 40% of households do not make enough money to purchase detached single-family houses, unless they are in manufactured home parks.7 These households need to be able to rent their housing. Unfortunately, this is with a vacancy rate that is less than 1% and an average rent8 that is $1,650/month; most rental housing that is nowhere near affordable by the people who need it.

Households earning the median household income ($63,000) cannot afford to buy houses priced at the median price (almost $400,000). Just look at the listings at any of the online real estate websites in Skagit County. There are almost no listings in our county for houses under $300,000. Clearly, left to its own devices, the market will not produce housing for the people in Skagit County who need it most.

Why would developers want to produce housing in Skagit County that local people cannot afford? The answer is simple. New housing in giant developments in Skagit County are not geared towards the local buyer, but to buyers from out of the area. Those buyers will not vacate existing housing in the County. Even if local people buy the new housing, they will not sell their existing homes for less than market rates. Instead, in order to afford new housing, local buyers will need to sell their homes for as much as they can. Such sales will only add to an inventory of houses already out of reach of many Skagit residents. However, these houses will act as a magnet to people priced out of the Seattle market.

The answer to the third question, “Will building more market-rate detached single-family homes meet Skagit County’s need for affordable housing” is “definitely not.”

On the contrary, by expanding the pool of housing that local residents cannot afford, building more market-rate detached single-family homes will attract buyers from outside the county, exacerbating traffic problems and pushing up the price of housing overall.

What is the answer? There is no simple answer to the affordable housing crisis here in Skagit County – and in many other places – but a variety of Skagit-sized solutions could make a substantial difference. Part Two of this article will consider some solutions that fit Skagit’s unique character and local circumstances. Stay tuned!

Margery Hite, a retired lawyer, served as a lawyer to county and city governments. She also served as the attorney member on a state growth management hearings board, and as an executive director for Snohomish County. She is now retired to a small farm in Bow where she raises dairy sheep and makes her own cheese.