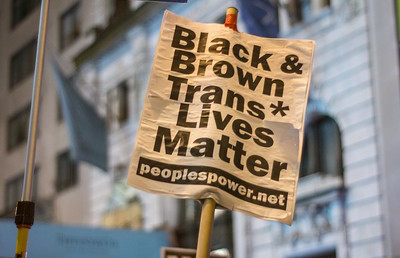 Editors’ Note: The brutal beating of a Skagit youth in Bow on March 21, 2020 was reported by the Skagit Valley Herald and Skagit Breaking. What follows below are three perspectives of Skagit residents regarding Skagit County Prosecutor Rich Weyrich’s failure to charge the beating as a hate crime.

No Response from Prosecutor to Community Concerns

By John Day
The March 25, 2020 Skagit Valley Herald article “Bow man charged with assault”, describes a vicious, premeditated assault by 18-year old Trevor McCabe on a 17-year old boy that left the victim hospitalized with serious brain and other injuries.  The article notes that during the assault, the alleged perpetrator wrote a slur on the boy’s forehead with a magic marker.  A more detailed account by the investigating Sheriff’s deputy is contained in the Affidavit of Probable Cause filed by the Skagit County Prosecutor’s Office.  This document, which the writer obtained under a Superior Court records request, includes a graphic description of cell phone videos made by McCabe during the assault.  During the videos, McCabe is repeatedly heard calling the victim “nigga”, a further indication that the attack would very likely qualify as a hate crime under the Washington State Hate Crime Offense law.  The Skagit County Prosecutor’s Office has charged McCabe with serious offenses fitting the alleged crime, but has not charged McCabe with a hate crime.

The Anti-Defamation League of the Pacific Northwest and the Latino Civic Alliance jointly reached out to the Prosecutor twice in April asking him to discuss his decision not to charge a hate crime with them, but to date have received no response. Members of the Indivisible Skagit Immigrant Support Task Force sent a letter to County Prosecutor Rich Weyrich over a month ago urging him to add the hate crime enhancement to the existing charges.  The letter stressed that doing so was not only appropriate to the crime, but would send a message to minority community members that hate crimes will not be ignored in Skagit County.  To date, the group has received no response.

Our state legislature passed the hate crime law for a reason, which was to help protect individual victims and groups of victims from being physically and/or psychologically harmed due at least in part to someone’s perception of their race, color, religion, ancestry, national origin, gender, sexual orientation, gender expression or identity, or mental, physical, or sensory disability.  This assault very strongly appears to fit that description.  Prosecutor Weyrich must either charge McCabe under the hate crime statute or clearly explain to the public why he has not done so.

John Day is retired and lives with his wife Martha Bray near Sedro-Woolley.  He is a member of the Indivisible Skagit Immigrant Support Task Force and Rapid Response Team.

The kids already recognize this as a hate crime

I am deeply distressed by the lack of response from Rich Weyrich, the Skagit County Prosecutor, to various community groups who have demanded consideration of a hate crime enhancement for horrific offenses perpetrated by Trevor McCabe against a Skagit County youth. As a middle school teacher, my colleagues and I will be faced with processing this racist attack with our students. We must prepare ourselves to reflect on its impact on our districts’ efforts to fight against bullying and systemic racism, but also to mitigate the emotional fall-out while the young people in our community manage their own fear and hurt in response. Our students know what happened and deserve to understand our local current events within the greater and even more confusing context of our country and the world.

The American Psychological Association notes that hate crimes occur during times of transition as a result of fear. One group works to dehumanize another and extreme results of such movements can be exposed as boundaries are pushed. These types of crimes are so harmful the immediately impacted victim and family have been shown to suffer more and require more time and resources to heal; additionally hate crimes have been shown to cause psychological damage to other vulnerable members of our community, even those who are not directly impacted.

Washington State law requires a hate crime enhancement in cases when elements of the victim’s identity was the rationale for victimization. Thanks to the revealing reporting by Skagit Breaking, we know the young man was lured to a property, robbed, beaten, dehumanized (slur written on his face) and broadcasted live while having a seizure due to the resulting brain injury. Now take a moment and imagine that young man is your son, grandson, nephew, cousin, whomever. Really, let that sink in. Then, when officers arrived at the home of the alleged perpetrator the next day, his explanation to them was a racial slur and the implication that he had been protecting his property from the victim. The live broadcast of such inhumane behavior clearly shows an intention to share the event, to promote the perpetrator’s sick views.

Even the maximum sentence for assault and robbery is nothing….it is nothing compared to the physical, emotional, and psychological damage done to our young community member and his family. It is insufficient to counter the injustice directed at community members who are repeatedly targeted for core elements of their personal identity during contentious times! In order to heal our community, we must come together and demand that our local justice officials honor Washington State law! Prosecutor Weyrich is disregarding the will of his community. Please take a stand for our quality of life. Fight extreme toxic racism and the systems that are sanctioning it. Demand proper prosecution of hate crimes.

Lisa Krivanek is a bilingual educator and a Skagit Valley mom.

The family deserves an explanation

As a former deputy prosecutor and chief criminal prosecutor in King County, I was surprised when Prosecutor Weyrich did not charge Trevor McCabe with a hate crime in addition to the assault and robbery charges. The sworn affidavit of the investigating police officer indicates that, in addition to the lengthy and vicious beating, McCabe repeatedly made racial slurs and also wrote a slur on the victim’s face with a marker.

In early April, I wrote to Weyrich asking why a hate crime had not been charged. He replied that he stood behind the filing decision of his deputy prosecutor but did not provide the reasoning behind the decision. Later in April, a member of the victim’s family, along with another community member, asked the Anti-Defamation League (ADL) for help in discussing with Weyrich the decision to decline filing a  hate crime. The ADL agreed to intervene and its Pacific Northwest director, along with Latino Civic Alliance, reached out to Weyrich (twice) and asked to discuss the issue. Weyrich did not even give them the courtesy of a reply.

In mid-May, State Senator Liz Lovelett wrote to Weyrich about the issue. In her letter, she quoted the following language from the hate crime statute RCW 9A.e36.078

Her letter went on to say:

“The hate crime statutes are an important tool for the state to combat the growing rise of hate-based crimes that we have seen in the last few years. It is my hope that you can provide clarity as to why this particular case is not being prosecuted as such.”

In his return letter, Weyrich wrote:

The rules that Weyrich references (the Washington State Court Rules of Professional Conduct, Rules 3.6 and 3.8) are intended to keep attorneys, and especially prosecutors in criminal cases, from making public statements that could prejudice the defendant’s right to a fair trial. However, an explanation of why a prosecutor thinks the defendant is not guilty of a crime does not prejudice that defendant.

During my tenure in the King County Prosecutor’s Office, we always answered a family’s questions about our reasons for declining to file a charge. We considered that kind of transparency absolutely essential to the community’s need to assess whether we were making fair prosecutorial decisions. Imagine, for example, a case where a prosecutor declined to bring charges against a white man who viciously beat a black man. The community would have a right to assess whether the failure to charge was based on correct legal standards (e.g., lack of evidence) as opposed to racial prejudice (e.g.,“black lives don’t matter”).

Prosecutor Weyrich owes the family of McCabe’s victim an explanation of his decision not to file a hate crime charge. If the family chose the ADL as its representative to talk to Weyrich, which it did, then Weyrich should meet with the ADL and help the family understand his decision.

Mary Kay Barbieri served as a King County Deputy Prosecutor in the 1970s and 1980s, ultimately serving as the Chief Criminal Prosecutor. After leaving the prosecutor’s office and teaching law for a few years, Mary Kay obtained a graduate degree in clinical-counseling psychology and practiced in Skagit County as a mental health counselor until her retirement. She has lived in Skagit County for 34 years.