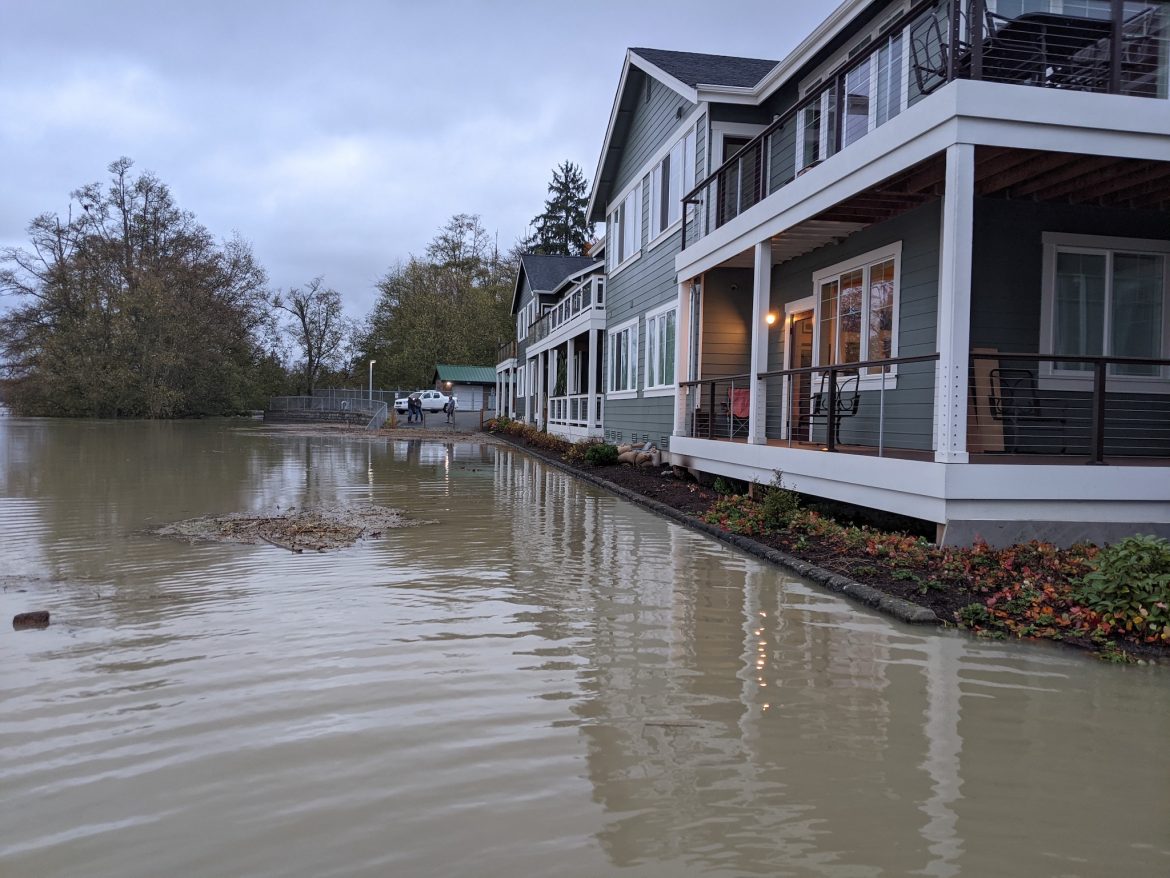 On March 1, during a public hearing before the Skagit County Board of Commissioners, representatives of several organizations expressed concerns about the absence of references to climate change and sea level rise in the February, 2022 draft Shoreline Master Program (SMP). At that Public Hearing, Molly Doran of Skagit Land Trust described planning as “the most effective way to reduce impacts on shorelines, homes, farmland, and infrastructure.” With another update not due for 8 years, many fear it will be too late. And, with Skagit’s history of delay on SMP updates, there’s no guarantee the next update will actually be completed as scheduled.

At the hearing, Tim Manns, speaking on behalf of Skagit Audubon Society had this to say:

“In 2022, with what we know about sea level rise and changes in river flooding, a reasonable person might assume  that a comprehensive update of the Shoreline Master Program for Skagit County, with its 275 miles of marine shoreline and many miles of river shore, would address climate change. The response to the request for the SMP to recognize reality in this way has been that ‘ the law and regulation don’t require it’. “

Scott Andrews served on the  Skagit Shoreline Master Program Committee appointed by the County in 2011. The group met monthly for a year and produced a report with policy and regulation recommendations in 2012. Andrews notes the report included concerns and recommendations about sea level rise and climate change.

“While the Department agrees that sea level rise is occurring, we believe the proposal adequately avoids impacts from sea level rise in almost all cases through the application of shoreline buffers.”

And responding to the Committee’s recommendation to locate residential development to avoid the need for shoreline stabilization within the expected lifetime of the structure, taking into account sea level rise,

“The Department agrees that future sea level rise should be considered in this scenario.”

Nevertheless, none of the sea level or climate change recommendations were carried forward.

While some recent changes to the SMP draft update were made based on the 87 written public comments and 11 verbal comments submitted April through June last year, fewer than 20 issues were brought forward to the Board of County Commissioners.  Climate change and sea level rise are not among them.

Furthermore, Amy Trainer, speaking for the Swinomish Indian Tribal Community, expressed frustration that none of the issues addressed in their 70-page comment letter submitted last Spring, were incorporated into the document including those related to sea level rise and climate change.

Given that the SMP has not been updated for the more than three decades since it’s original adoption, and the current update process has involved interminable delays stretching out over 10 years, one has to wonder: Why the urgent push to get it done fast rather than get it done right? As one citizen observed,

“Their overwhelming sense of haste appears to be more important than environmental health and public risk”.

Only buffer reductions of over 50% would be determined by a Hearing Examiner. Not only is this broad discretion granted to staff, it also bypasses pubic notice and comment. According to the Planning and Development staff, all buffer reductions would still be reviewed by Washington Department of Ecology. It is unclear whether this review by DOE applies to reductions of 25% or less, leaving advocates skeptical about adequate shoreline protection.

In a Planning Commission transcript from 7/27/21 on the topic of buffers, staff and the County consultant are seen using words like “easier”, “cheaper”, and “quicker”. That discussion prompted Planning Commissioner Martha Rose to point out that staff decisions on individual buffer reductions require the public trust. That trust seems to be lacking among those concerned about shoreline protection.

In another point of concern,

“By allowing timber harvesting and temporary roads within shoreline buffers, the draft also falls short in protecting streams, and rivers,”

“Both activities compromise the wide variety of ecosystem functions that buffers provide and salmon depend upon.”

Noting the collapse of commercial net pens in 2017 off Cypress Island, Rein Attemann of Washington Environmental Council (WEC), urged that net pens for both native and non-native fin fish be prohibited.  Aquaculture upland facilities are seen as more environmentally safe, especially in Skagit waterways which offer some of the state’s most productive, remaining native salmon fisheries.

Stephen Orsini of Evergreen Islands and Hal Rooks of the Guemes Island Planning Advisory Committee (GIPAC) described multiple issues around wells on Guemes Island.  They made a request to rescind a 2019 Legal Opinion by Skagit County Prosecutor Rich Weyrich, who advised that the County could only regulate wells if they were linked to a development permit. As a result of that determination, well drilling goes on without adequate regulation and despite an increase in the number of wells with saltwater intrusion.

Commissioners Have Opportunity to Act with Foresight

Long in process, Skagit County has been updating this SMP in the current round since 2011 with input from the public, the Planning Commission, and staff in Planning and Development Services.  It is now before the County Commissioners. Widespread appreciation was expressed for their facilitation of this Public Hearing, as well as for extending the comment period to April 1, 2022.  As Commissioner Janicki stated at the end of the hearing, the hope is for a “meaningful and contemporary” SMP.

Surely, “meaningful and contemporary” must include consideration of sea level rise caused by climate change. As Marlene Finley observed,

Many worry that Skagit County could be “left behind” if we fail to take action now.  Are grants available to prepare a climate resilience plan?  Anacortes recently used such information to design a new water treatment facility. (source:  UW Climate Impacts Group website).

More information is available at www.skagitcounty.net/smp.

Comments on the draft SMP can be sent to PDScomments@skagit.wa.us until 4:30 PM, April 1.

Kathleen Flanagan is a retired nurse who has lived in Anacortes for 30 years.  She is on the Board of Evergreen Islands, a local non-profit dedicated to protecting the environment of Skagit County.