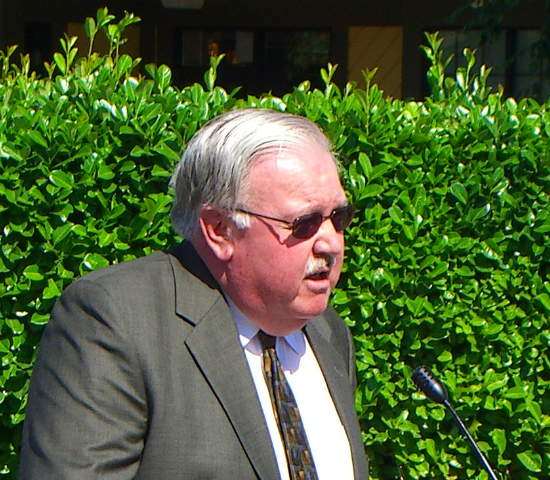 Last Fall’s election is over. In Mount Vernon, the incumbent, Jill Boudreau, won a third term as Mayor against challenger Sarah Nuanes. But questions remain unanswered about County Commissioner Ken Dahlstedt’s role in recruiting and supporting a candidate in the hope of unseating Mayor Boudreau. What is the evidence that a sitting County Commissioner meddled in a Mount Vernon political race, and why?

All the way back to the Fall of 2018, rumors began to circulate that Commissioner Ken Dahlstedt was actively recruiting a challenger to run against Mayor Boudreau. These rumors were confirmed as at least seven people came forward reporting that they had been approached to run, and had declined.

On May 13, 2019, it appeared that Commissioner Dahlstedt had succeeded in his effort when Sarah Nuanes filed to run for mayor. To be clear, there is nothing wrong with anyone challenging an incumbent for a political position. Far from it. Democracy advocates argue that no political race at any level of government should be uncontested. Democracy is about the voters choosing their leaders. When candidates run unopposed, voters have no choice. That’s not democracy.

However, when one elected official uses his power and position to undermine another elected leader, questions of ethical conduct arise.

What is the evidence?
In a phone call on January 13, 2020 (2:16 PM), responding to an invitation to comment for this article, Commissioner Dahlstedt acknowledged that he had talked to a number of people about running against Boudreau. He says he did not recruit candidate Nuanes, though he did support her.

The combined campaign contributions for Commissioner Dahlstedt and his wife, place them in the top 7 contributors to the Nuanes campaign.

In July 2019, candidate Nuanes requested an endorsement from Skagit Democrats (although she had already accepted a donation from the Skagit Republican Party). According to Bob Doll, who chaired the endorsements committee at the time, the decision was made not to endorse any candidates in non-partisan races.

Subsequently, Commissioner Dahlstedt requested time to talk about affordable housing at a meeting of Skagit Democrats on September 14. According to witnesses present at that meeting, Commissioner Dahlstedt reprimanded the party for not making the endorsement of Nuanes. Responding to objections from some party members, he argued it did not matter that Skagit Republicans* had endorsed her. Democrats could have endorsed her too because it is a non-partisan race. (*Note: Though, Skagit Republicans donated $500 to the Nuanes campaign, they nevertheless stated in an email dated December 27, 2019 “in the recent 2019 election the Skagit County Republican Party did not endorse any candidate for any Mayor race.”)

But, Why?
When asked his reasons for efforts to unseat Mayor Boudreau during the phone call of January 13, Commissioner Dahlstedt gave statistics about the affordable housing crisis in Skagit, and particularly in Mount Vernon, the county’s largest city. (These numbers are consistent with national trends resulting from the sharp rise in income inequality nationwide.)

Citing complaints from developers frustrated with Mount Vernon’s permitting process for new construction, the Commissioner expressed the belief that a change in leadership at the Mayor’s office would somehow solve the housing crisis. This explanation is consistent with the views he expressed to at least one of the people he attempted to recruit to run, and with the views he expressed in his presentation to Skagit Democrats on September 14.

Commissioner Dahlstedt, in the January 13th call, asserted that he “has no problem working with Mayor Boudreau.” However, documents from a public records request show that Dahlstedt has not met directly with the Mayor of Mount Vernon since March 16, 2016, very nearly four years ago. This would not seem to demonstrate a healthy working relationship between these two leaders, especially given that Mount Vernon lies within the Commissioner district that Dahlstedt is supposed to represent.

A History of Challenges
Boudreau was first elected mayor of Mount Vernon in 2011. She quickly established herself as a fierce advocate for Mount Vernon’s interests. She became known as an elected official who does thorough research on any project or issue the city is addressing and is not afraid to publicly confront erroneous information or uninformed officials of other governments and agencies. Her constituents often say they admire her fortitude even though they may disagree with her on certain issues. Mount Vernon resident Mary Ruth Holder put it this way, “She does not back away from an informed course of action just because entrenched interests object.”

Mayor Boudreau crossed swords with Commissioner Ken Dahlstedt early on, in 2012, over the proposed location of a new Skagit County jail. Dahlstedt favored locating the new jail at the old Alf Christianson Seed Company location by the Kincaid Street freeway exit. Boudreau was determined that the main entrance to the City of Mount Vernon’s downtown would not feature a massive jail. Boudreau prevailed, and the new jail was built south of downtown Mount Vernon at the old Truck City site.

Another battle of wills developed in 2018 over Boudreau’s effort to move County Commissioners to adopt a fire-based Emergency Management System to replace the troubled system in place at the time. In a May 17, 2018 article, the Skagit Valley Herald quoted Mount Vernon Fire Chief Bryan Brice noting a “lack of clear direction and of leadership from the county commissioners.” Boudreau and other mayors of cities and towns in Skagit were successful in pressing the County to adopt the new nationally-adopted, efficient structure that three consultant reports over the previous 17 years had recommended to Skagit County.

In the summer of 2018, Boudreau publicly supported the County Charter ballot measure that would have offered a chance to change the structure of Skagit County government from the current three-commissioner system. Commissioner Dahlstedt campaigned heavily against the measure along with the Skagit Republican Party. Three corroborating sources close to the library who do not wish to be named indicate that Boudreau’s support for the Charter measure may have had a role in derailing County cooperation in the new Mount Vernon library building project.

The Skagit Valley Herald April 4, 2018 issue reported that Skagit County and the City of Mount Vernon had entered an agreement March 28, 2018, to collaborate on a new combined library and senior center. According to the agreement, it would also include additional parking space to address the ongoing problem for Mount Vernon businesses related to the parking taken up in the city for County business. The article quoted Commissioner Dahlstedt saying “The project will meet the city’s longstanding need for a new library and the county’s desire to replace the Mount Vernon Senior Center.”

By Fall, sources close to the Mount Vernon library project reported the Commissioner did not want to “negotiate with anyone that had anything to do with the Charter.” The County has since pulled out of the project entirely, with Commissioner Dahlstedt citing cost as the reason.

Questions Remain
The Mount Vernon race is not the only race for mayor that drew attention from Commissioner Dahlstedt in 2019. He also publicly endorsed the candidate challenging incumbent Mayor Steve Sexton of Burlington. Sexton, another Skagit mayor known to speak his mind, ran for Freeholder during the County Charter ballot measure campaign, saying in September 2018 in the Skagit Valley Herald that he decided to run to be a voice for more accountable county government. “ ‘I think power is too concentrated (in the three county commissioners),’ he said.”

As a private citizen, an elected official has the same right as anyone else to vote for, support, and contribute to any candidate of their choice. But, is it appropriate for an elected official at the County’s highest level, especially one who has accumulated political power over the course of nearly 20 years in public office, to wield that power to influence the outcome of elections to leadership at the city level? Or, does such meddling push the boundaries of ethical conduct?

Christie Stewart Stein has farmed just west of Mount Vernon for 25 years. Her volunteer engagement in the community has included working with homeless women, farm workers and Spanish-speaking immigrants, and aspiring young farmers.