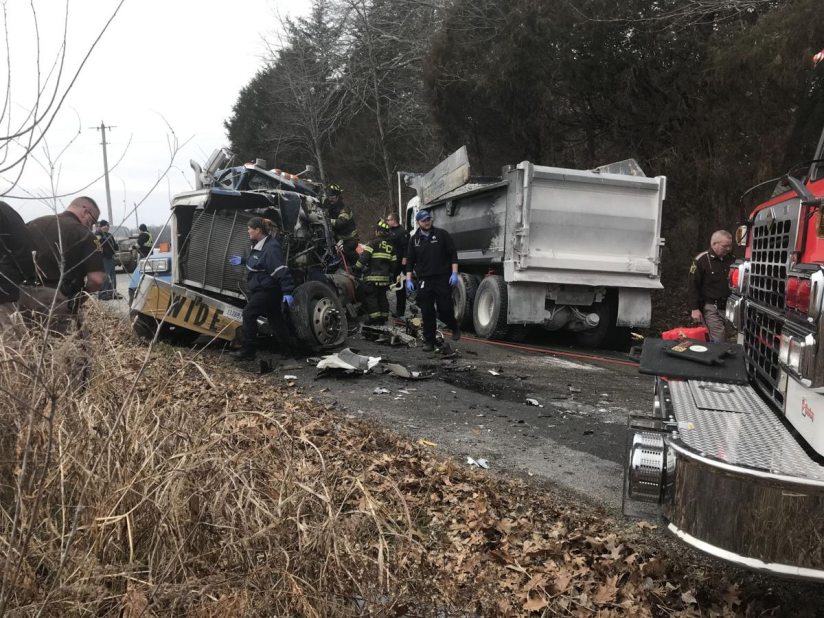 For six years a group of citizens called Central Samish Valley Neighbors (CSVN) has been working to protect their rural community from the impacts of a large new gravel mine that is proposed by the Puyallup based corporation, Miles Sand and Gravel (“Miles”), also known as Concrete Nor’west. The permit review process, led by Skagit County Planning and Development Services (“County”), has been long, drawn out, and fraught with problems from the outset. It all came to a head this year when CSVN filed an appeal under the State Environmental Policy Act (SEPA). The ensuing public hearing, before the Skagit County Hearing Examiner, was an epic seven days of testimony and legal wrangling that wrapped up on September 24th. The Hearing Examiner’s decision is expected later this year.

As proposed, this would be a 51-acre open pit mine just 200 feet from the Samish River and associated wetlands.  It is in a part of the Samish Valley where no industrial mining has ever occurred.  The mine would be located on a 730-acre tract of forestland owned by a subsidiary of Miles corporation.  That larger site is laced with wetlands, fish bearing streams, and rich wildlife habitat.  Miles proposes to extract nearly 4.3 million cubic yards of gravel over a 25-year period, eventually excavating at least 60 feet deep, to just 10 feet from groundwater.  They would access Grip Road across their larger ownership via a two-mile long internal road that they are converting from forestry use to a mining haul road.

Miles plans to haul the bulk of the mined material to their Belleville processing facility off Old Highway 99, approximately seven miles away, but also intend to sell directly from the mine.  The main haul route is identified as:

“west on Grip Road, west on Prairie Road, and then south on Old Highway 99.” However, trucks would not be restricted to this route.

They propose an “average” of 46 tandem gravel trucks per day to run five days a week, with vaguely worded “extended hours” options that would allow longer workdays as well as weekend operations. The only hard limit is no more than 30 truck trips per hour. The ‘average’ of 46 trucks per day is based on their expected annual minimum extraction levels. And yet, even this is still more than 11,000 trucks per year. These are trucks that weigh as much as 105,500 pounds each and are over 74 feet long.  The trucks would be funneled on to narrow, steep, and winding rural roads that are already substandard, unsafe, and deteriorating.

Too Little, Too Late

The County is the regulatory agency charged with reviewing the Mining Special Use Permit application and ensuring that a thorough environmental review is conducted under the State Environmental Policy Act (SEPA).  CSVN members have been participating (as members of the public) in the permit review process since it began in 2016. They have consistently pointed out gaps in permit application materials and flaws in the studies submitted by Miles. These failings have made it impossible to evaluate the true impacts of the mine.  CSVN members went as far as securing their own experts and legal counsel in their effort to get the community’s concerns heard. The County’s response over the years could be described, at best, as “too little, too late”.

Since the mining application was filed in 2016, three different planners have been the ‘lead’ on the project.  This turnover in the planning department has contributed to the absence of a thorough, independent evaluation of the project, and an over-reliance on the applicant’s own reports and studies.  In turn, this has resulted in impacts that have not been fully evaluated, and inadequate conditions being placed on the project through the County’s third “Mitigated Determination of Nonsignificance” (MDNS), which was issued under SEPA earlier this year.  The incomplete evaluation of the impacts and insufficient proposed mitigation in the MDNS is the basis of CSVN’s appeal.

Starting back in 2017, after a great deal of public pushback, the County made efforts to address some of these concerns.  But by then they had issued a “letter of completeness” regarding the application materials and issued the first MDNS under SEPA.  This first MDNS was legally flawed, and eventually the County withdrew it but not until 2021.  The failure to formally withdraw this first MDNS earlier created considerable ambiguity in the permit process.  So, when the County requested additional information, as it had the authority to do, Miles resisted, claiming that the application was complete and the SEPA process over. This resulted in years of push-and-pull, including two appeals by Miles to the Hearing Examiner.

As time went on, the pressure mounted on County staff to process the permit, resulting in a patchwork of old and new submissions by Miles that apparently looked ‘good enough’ on the surface for the County to push ahead with issuing a new MDNS and sending the Special Use Permit to the Hearing Examiner for a public hearing.

The new MDNS imposes a few more “mitigating conditions”. However, most of the substantive concerns expressed over the years by Central Samish Valley Neighbors remain.  For instance, impacts to fish and wildlife habitat remain largely unevaluated. These “mitigating conditions” include allowing a substandard 200-foot buffer on the Samish River wetlands, and potential damage to a major fish bearing stream (Swede Creek) and high-quality wetlands along the internal haul road. Off-site noise and air quality impacts from hauling was completely ignored.

In addition, there is still no daily limit on truck numbers.  Over the years, and repeatedly during the hearing, CSVN and other members of the public pointed out that there is no way to enforce an “average” number of trucks.  When pressed on this issue, Miles has been unwilling to commit to any meaningful limitations on truck numbers, and the County made it clear that they have no plans to monitor truck numbers anyway.

The few gains that have been made were hard won. For instance, it took five years for Miles to produce a Traffic Impact Analysis (TIA).  The TIA revealed that trucks could not stay in their lanes at two corners on Prairie Road, where they would stray 3 feet over the centerline into the oncoming traffic lane.  Miles is now required in the 2022 MDNS to widen these corners prior to beginning mining operations.  However, the TIA did not evaluate other major safety hazards along the haul route including similar lane encroachment issues on Grip Road.  Also omitted from the TIA was any mention of the safety of school buses and of kids waiting for those buses, and the safety of pedestrians and recreational cyclists on these narrow roads.

On the last day of the hearing, Miles produced new analysis from their traffic engineer that examined the “S-curves” on Grip Road. Their preliminary findings revealed what community members have been saying since 2016, that the road is too narrow for trucks to navigate without straying either over the centerline or into the very narrow, soft shoulder along the ditch line.  These twelfth-hour findings came with a vague offer from Miles to fix the problem.

CSVN argued that this is too little too late and undermines the SEPA process by not giving the public an opportunity to review and comment on the mitigation proposal. Instead, the Hearing Examiner needs to send all the traffic safety issues back for more thorough evaluation and provide the public an opportunity to review the findings and proposed mitigation.  How this will play out in terms of the Hearing Examiner’s decision remains to be seen.

Why Does the Burden Fall on Residents?

All of this, of course, begs the question: Why must Skagit County residents spend tens of thousands of dollars and hundreds of hours of their personal time just to get the County to pay attention to their legitimate concerns, not to mention the County’s own statutes? The County has the authority and responsibility to protect the community and environmental health, yet the review of this permit falls far short.

On the sixth day of the hearing, County staff in both Planning and Development Services and Public Works testified concerning the County’s review of the application for a Mining Special Use Permit. Time after time, they made statements such as:

“I was handed this project at the eleventh hour.”

“I wasn’t involved with the review of the project until 2021.”

What About School Bus Safety?

CSVN argues that a full safety analysis was not conducted and is required by the Skagit County Road Standards. During testimony, public works staff shrugged off the substandard conditions along the haul route as “typical”, and further evaluation and improvements to the route as “unnecessary”.  A Public Works representative even suggested that adding more big trucks on these roads might improve safety conditions because it would force “everyone to slow down”.

During the long course of this permit review process, Central Samish Valley Neighbors has systematically revealed the inadequacies in the environmental review that was conducted. CSVN argues that the County had the authority and ample time to require better evaluation and mitigation, but instead largely accepted the applicant’s studies without questioning their validity.  It remains to be seen how the Hearing Examiner will rule. Closing briefs are not due until the end of October, so this matter will continue to be drawn out for some time to come.  Regardless of the Hearing Examiner’s decision on this appeal, one lesson is clear: the County needs to improve how it handles this type of application in the future.

Mary Kay Barbieri served as a King County Deputy Prosecutor in the 1970s and 1980s, ultimately serving as the Chief Criminal Prosecutor. After leaving the prosecutor’s office and teaching law for a few years, Mary Kay obtained a graduate degree in clinical-counseling psychology and practiced in Skagit County as a mental health counselor until her retirement. She has lived in Skagit County for 34 years.

Editor’s note: The featured image above is from a 2019 accident in Indiana.

For documents related to this project and downloadable recordings of hearing, go to: https://skagitcounty.net/Departments/PlanningAndPermit/gravelmine.htm

1 thought on “Anatomy of a Zombie Permit: the proposed Grip Road Gravel Mine, six years and counting”